How modern technology has changed architecture.

After the second world war there was a pressing need to move on not just as a nation but as a planet as a whole. It was the prevailing thought that the old ways had failed. Two hugely destructive wars had ripped the world, especially Europe to pieces. Not only that, the world had also seen the total annihilation of two Japanese cities via hydrogen weapons and the systematic destruction of a race of people in Europe.  The notions of Empire, the very question of what made a nation and nationhood was being scrutinised. This was expressed in its buildings. 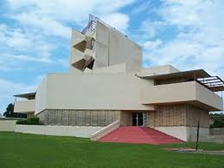 There was also a more pressing problem: the cities and towns lay in ruins and people needed homes and dwellings. This is where reinforced concrete came in. Radical designs by architects sought to make homes and high rises that could be put up quickly and cheaply. The use of Euromac Bending Machines like those from http://www.cotswold-machinery-sales.co.uk/euromac/horizontal-bending-machines/ could be utilsied to bend and shape the wire rods for the reinforcement.

The changes being felt at the end of the 1940’s were to slowly take shape in the 1950’s this was the modernism, began after the first world war. The seriously depleted young male population had to be made up with the next generation, the teenagers. The 1960’s were the first expression of what we now call the postmodern age.