Home heating through the ages

Advancements in technology and human engineering have brought us many items that have made our lives much more comfortable. Heating systems are one example of this. When the colder months appear, we can increase the temperature inside our homes and places of work, so they are much warmer. By having a Boiler Service Gloucester company such as www.hprservicesltd.com/gloucester-boilers/boiler-service-gloucester/ come in once a year to check over our heating systems, we can also ensure that they keep working effectively and efficiently for as long as possible. 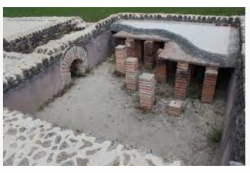 Whilst the notion of heating our homes is not a new one, the technology is much more advanced than we used to use in the past. So here is a quick look at some home heating options through the ages. 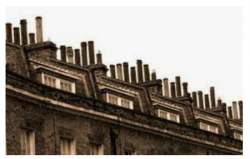 It is believed that the invention of a chimney in the 12th century led to the replacement of the hearth with a fireplace, which was vented through a hole in the middle of the roof. In Norman castles, there was a slanted sidewall flue that was used to vent the smoke into the chimney. Because of this, the fireplace was able to be placed at the side of a room rather than in the middle. Due to the advancements in chimney designs, multiple flues and fireplaces were able to be built and used at the same time.

The fireplace was the primary source of heat in a home until the invention of the stove in the 17th century, when the stove became the primary source of heat in a home. Among the main reasons that people adopted the stove was due to the development of a safer, more efficient model by Benjamin Franklin, a variation of which still bears the name of the inventor. In addition to the base-burner stove, which was introduced in 1833 by Eliphalet Nott, another improvement was Isaac Orr’s airtight stove which came out three years later.