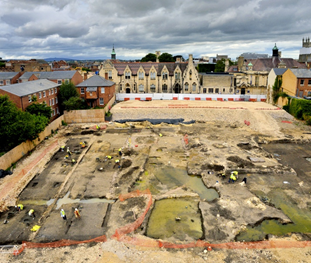 Accountants Gloucester companies can help with financial needs. The city of Gloucester located in the heart of the county of Gloucestershire is filled with interesting historical artifacts and landmarks. It used to be a notable Roman city known as Glevum. Glevum was created around AD 48 and a fortress was built on the present- day Gloucester cross, where a civilian settlement grew around it. At its height, the population of Glevum may have increased up to around 10,000 people and the entire area around Glevum was intensely Romanised.

Remains of this Roman city can still be seen today. The Gloucester City Museum & Art Gallery houses many archaeological artefacts and some walls. The remains of the Roman and medieval East Gate can be seen on East Gate Street housed in an “underground” glass chamber.

Gloucester played a significant part during the Middle Ages due to the fact that it had many monastic establishments. St. Peter’s Abbey, founded in 679, later became Gloucester Cathedral. It also had many communities such as the Franciscan Greyfriar’s which was founded in 1231 and the Dominican Blackfriar’s which was founded in 1239. There is also evidence of a Jewish community as early as 1158 – 1159, they have lived around the Eastgate Street today and also had a synagogue.

The main export was wool during the Middle Ages but also exported other materials such as leather and iron. The wool came from the Cotswolds but was processed in Gloucester. Gloucester also had a large fishing industry at the time. 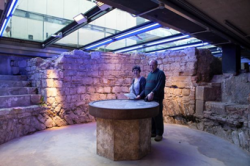 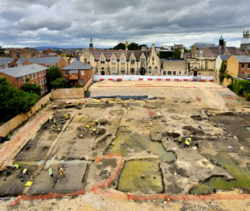