Life in a Victorian Factory 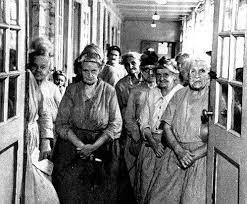 During the Industrial Revolution, Life in Britain changed hugely, irreversibly and rapidly. With the move from agriculture being the main industry of Britain, and products being made in huge factories in the cites. The populations of urban areas increased enormously, and the conditions that many lived and worked in were far less than perfect. 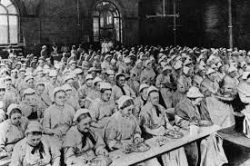 Victorian factories were usually very big places where hundreds of people would work. With none of the health and safety guidelines that we are used to having nowadays it was certainly not uncommon for people to have nasty accidents in the factories or even die whilst at work as a result of the machinery. Many of the factories were also toxic and dangerous environments to spend time in, and a lot of the workers would often become ill or die due to inhaling toxic fumes that they would be exposed to for long periods of time whilst at work – health and safety were certainly not important things in most Victorian factories,

The way that people worked in these places were also drastically different – working hours were often long, with little opportunity given for breaks for food or to rest. The workers themselves were forced to keep up with the required workloads, and faced being sacked if they failed to do this – whilst nowadays we have warehouses with things like this bonded warehouse software https://www.gainasoftware.com/erp-software-warehouse-management-system/bonded-warehouse-management-software/ to make sure that the factories are running effectively, in these days there was nothing of the sort, and workers were treated badly.