The changing face of Greenham Common 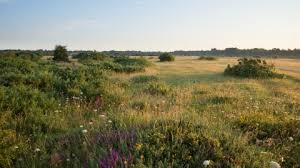 Once there was a parkland and it was widely used and visited. It’s name was Greenham Common. The Common land was an area set away from the enclosured farmlands or gentry owned estate where anyone could graze their own cattle or sheep. It was an ancient law respected and protected. However, when the Second World War came this had to be suspended. Any place that was flat, light in Trees and near to the South East was required for a different use. The area was turned into a large RAF base where Spitfires and Hurricanes could fight the battle of Britain. By the end of the Battle of Britain in 1943 the base was turned over to the United States Airforce, a decision that was to prove interesting in later years. 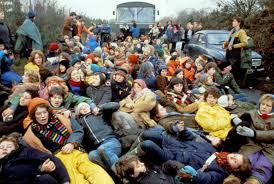 After the Second World War a more indirect conflict began between The Western world and the Communist Bloc. Greenham Common left behind all traces of its rural routes and became a front line base from which to fight it. It aided with the Berlin blockade but it was the controversial placing of Nuclear Cruise Missiles, and the subsequent heroic protests by dedicated women against them, that put the place onto the worlds map.