The rattle and bump of the Stagecoach

Once upon a time the only way to get a message, or yourself,around the country was to take the stage coach. Outside of the capital Britain’s roads were non-existent save for old rutted farm tracks and well worn pathways. The only reason we have a road network as extensive as we do is that it was created to support the canal and rail network. Before that they were a simple connection between market towns for trade and for pilgrims to get to shrines. For the most part they were based on the existing Iron Age and Roman Roads. 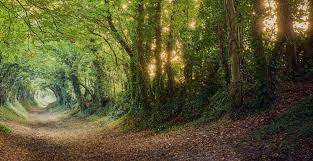 This road system is what keeps a Same Day Courier Slough based service such as https://www.uk-tdl.com/same-day-courier/same-day-courier-slough.html at the top of their game. Be thankful that they don’t have to rely on the use of the Stagecoach. This was a four wheeled horse drawn carriage that could carry up to 6 people inside with luggage and mail on the top. A drive would control the team of 2 to 4 horses and the second man would accompany him as a guard. This is the famous “shotgun” position as they were armed and acted as a look out for bandits and highwaymen. They also kept a look out for potholes, of which there were many, so that the wheels didn’t come off the carriage.

The carriages were closely packed affairs and could be rather expensive. Originally there was no suspension on the carriage and you’d feel every bump and rut in the road. There was a very good chance that you would smash your head on the carriages roof or be flung off.