The idea of kidney transplantation. 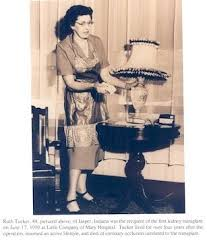 It is quite incredible to think that we now have the ability to take the kidney of a recently deceased or still living donor and successfully transplant it into the body of someone needing it. The process was first mooted in the Soviet Union in the early 1930’s but sadly this was not a success as the blood group to the donor was different (the donor was deceased) and the recipient’s body rejected it. It was the work of Richard Lawlers surgical team in the 1950’s that completed the first. That Lawler was able to do it without a dialysis machine and drugs is quite remarkable. 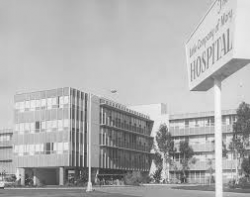 In most cases Clinical Trial Volunteers would have been used to see if medicines or procedures work but in this incidence Lawler used dogs to see if the process was possible. He had been able to keep one of the test subjects alive for over a year so he was relatively confident that he could do the same with a human.

His patient, one Ruth Tucker, was desperate and was willing to undergo the operation as she really had nothing to lose. With great skill and aptitude Lawler was able to successfully complete the operation. Tucker was to live for another 5 years before succumbing to an unrelated illness.